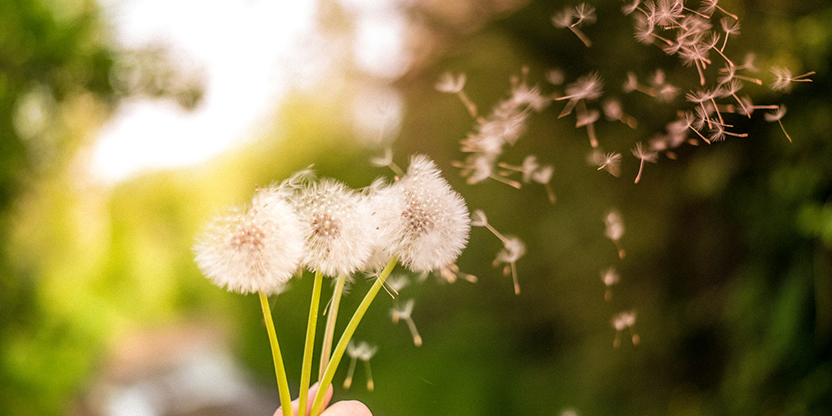 Spring is the season of allergies for millions of people. Allergic rhinitis, which is the formal name for hay fever or allergies, is one of the most common medical problems in the developed world. People suffer from it when they get exposed to pollen from grass or other plants. Doctors don’t have a way to cure these allergies, but modern medicine can do a lot to keep the symptoms under control.

What Causes The Allergies

Allergies come from a flaw in the human immune system. It starts when foreign particles enter the body. When people are inside, those particles take the form of dust, mold, hair, and other irritants. When people are outdoors, the main allergen is pollen. Almost every plant releases it during the spring, which is why that season is particularly hard on most people who suffer from allergies. It’s important to remember that most people only react to a small set of pollens from specific plants, and have no reaction to the others.

When the allergens enter the body, the immune system mistakenly identifies them as a threat. It takes action to get rid of those allergens exactly as it would try to get rid of an infectious disease. That reaction leads to all of the symptoms that are associated with allergies. Since every immune system is slightly different, the symptoms and sensitivities can vary significantly from one person to the next.

Allergies can lead to several different symptoms. Some people will suffer from all of them, but it’s just as common to only suffer from a few of the possible symptoms. Sneezing and runny noses are common, since they result from the body’s attempt to purge the allergens. Stuffy noses are also common, and they come from attempts to trap the allergens as they enter the body so they can’t reach important organs. Itchiness, watery eyes, headaches, and a variety of other symptoms can also occur, but they’re slightly rarer than the rest.

There are two main ways to deal with allergy symptoms. Preventing them is ideal, but it is also possible to treat them after they appear.

The easiest way to prevent allergy symptoms is to avoid exposure to allergens. Many people do this by trying to avoid going outdoors, but there are a few other ways to cut down on exposure. Keeping the windows of cars and homes shut can help to keep the allergens from coming inside, while running an air purifier can help to pull the ones that do get in out of the air. Allergy sufferers who do need to go outside should wash their hair and faces as soon as possible after they come back in. Allergens can cling to the human body, so washing them off is vital for preventing additional exposure. People who suffer from particularly bad allergies can ask their doctor about getting allergy shots. The shots are a type of exposure therapy that can help the body get used to the allergens and lessen their symptoms over time.

Several over-the-counter treatments can deal with symptoms after they start. Anti-histamines work quickly to solve most symptoms, but they can cause drowsiness. Nasal sprays often work just as well, but they can need up to ten days of regular treatment to take effect. Some people, usually those who have mild allergies, can benefit from a sterile nasal rinse. Not every patient can get full relief from their symptoms through these treatments, but most people can significantly reduce them when they are used properly. If simple treatments don’t help, it’s usually best to talk to a doctor to get more specific advice.