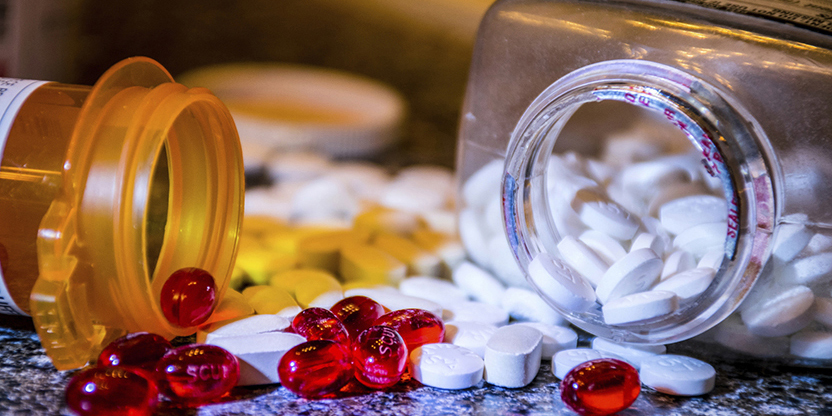 Prescription drugs are medications that are prescribed by a doctor or other licensed medical practitioners. While these drugs are considered to be safe for their intended use by the Federal Drug Administration (FDA) or comparable regulating bodies (such as the MHRA in the United Kingdom), many drugs still present considerable risks for abuse and even addiction. This is because many classes of prescription drugs are medically effective due to pharmacological effects that resemble those of drugs of abuse such as alcohol and even heroin.

While many types of drugs can be abused, those that have addictive or habit-forming effects are the most prone to abuse. According to the CDC, pain medications are the most common prescription drugs abused, followed by tranquilizers, sedatives, and stimulants. In 2010, about 5.1 million Americans misused pain relief medications, followed by 2.6 million, who misused sedatives and tranquilizers and 1.1 million who misused stimulants.

Pain relievers such as Vicodin, Oxycontin, and Percocet are potent because of the opioid action they share with drugs such as morphine and heroin. As such, they are especially prone to abuse, and some patients even develop opioid addiction from these drugs. The side effects of withdrawal can be severe, and include hyperalgesia, a worsening of pain symptoms. Around three quarters of all prescription drug overdoses are from opiate misuse, and these account for over 15,000 deaths annually in the US alone.

The abuse of stimulants medications is increasingly common, especially among teenagers and young adults. Among the most commonly abused stimulants are ADHD medications such as Adderall and Ritalin – according to a 2011 Monitoring the Future survey, around 10% of high school seniors used one of these two drugs nonmedically in the previous year. When taken as oral pills, these drugs can relieve ADHD symptoms, but act as stimulants among individuals who don’t have ADHD. This stimulant effect is further compounded when the drugs are misused, such as when they’re crushed up and sniffed. The mechanism of these drugs are similar to cocaine or amphetamines, depending on the medication, and can have potentially addictive psychostimulant effects when abused.

While the numbers on prescription drug abuse vary across different populations, with pain medications more commonly abused among the elderly and stimulants more common among the young, prescription drug addiction and abuse constitutes a serious problem that affects millions of people. Patients who are prescribed powerful pain killers, tranquilizers, and stimulants need to be especially aware of the possibility of abuse.