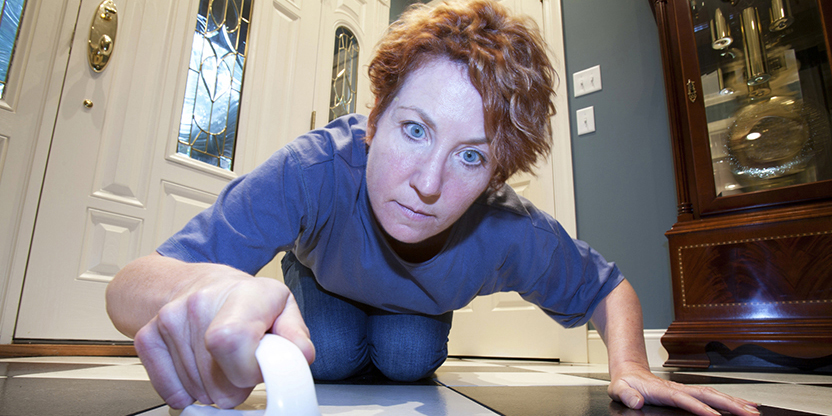 The Compulsions and Repetitions of Obsessive Compulsive Disorder

It is estimated that 3.3 million people have OCD in the United States, which is roughly two percent of the adult population. OCD is short for Obsessive Compulsive Disorder. This condition is defined by intrusive thoughts that get in the way of a person’s everyday life. The official OCD definition is someone a person that has unwanted and repeated thoughts, feelings, ideas, or sensations that cause them to take part in behaviors they cannot stop. Cases of OCD can range from mild to incapacitating. Many people with OCD suffer in silence, as they are unaware that there is help.

According to the OCD statistics, 30 percent of those who suffer from OCD also suffer with mental illness conditions like bi-polar disorder. The condition ranges from germophobia to constantly checking to see if doors are locked or the stove is off. This anxiety based disorder defies all logic and causes a person to take part in ritualistic behaviors to calm the anxious feelings. Many who suffer say they feel trapped in a pattern of repetitive behaviors and they don’t know how to stop them.

Suffering from this condition can be devastating on the individual and their family. Symptoms that one is suffering from OCD include both obsessions and compulsions. Some feel that the quirks associated with this disorder are part of their personality, so they don’t seek help. While much wasn’t known about this condition in times past, today’s doctor is well aware of the devastating problems that OCD causes. One of the most common compulsions associated with OCD is hand-washing. Those who suffer from this phobia feel that their hands are never clean enough. They will wash over and over again until the point of their hands cracking and bleeding.

There is no one OCD test that can tell a doctor that a person has this condition. Rather, the doctor must identify the disorder based on the patterns a person displays. As an anxiety based condition, controlling the anxiety is the key to recovery. OCD medications include anti-depressants, benzodiazepines and other mood stabilizers. Cognitive behavioral therapy is also known to be a helpful form of management that allows a person to talk about their anxieties and releases stress.

Dealing with OCD is not fun. Due to the fact that there is often another underlying mental illness, it can take a while to solve the puzzle and begin to put the pieces together. With the right medications and therapy, a person can learn to manage their OCD effectively.