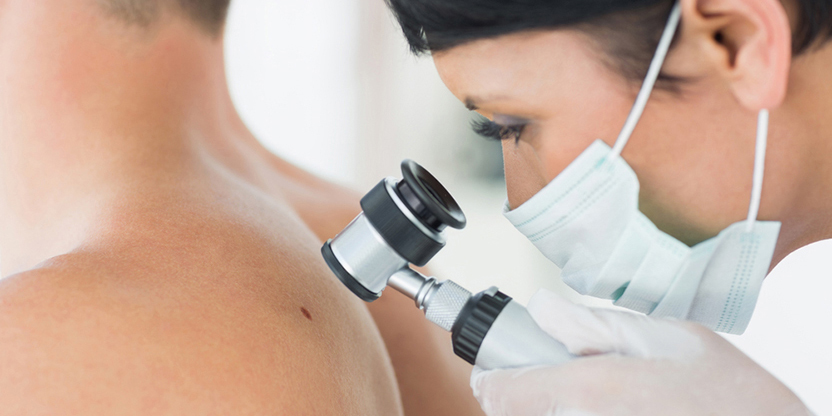 Melanoma and Its Treatment

One of the most dangerous forms of skin cancer is called melanoma. It is more aggressive than other forms of cancer of the skin and can spread quickly to other parts of the body. This kind of cancer has been increasing within the last 40 years. People should know how to recognize questionable spots or moles on their skin so that they can see doctors early in the development of what may be melanoma.

Other forms of skin cancer form on the upper layer of skin, but melanoma starts in the lower layers, which makes it easier to spread. In women, it most often starts on the arms and legs, but in men it starts most often on the trunk (from shoulders to hips). People who have more than 100 moles are at a greater risk of developing melanoma.

A melanoma will usually start from a mole. Symptoms are present when the mole:

Two other symptoms are when a colored patch of skin changes color, or when new moles form around an existing mole. In order to be sure, it is a good idea to look at some melanoma pictures to be able to more accurately identify this form of skin cancer.

Once a melanoma has been diagnosed, melanoma staging will take place. This procedure classifies the cancer based on the level of growth and progression. The four stages are as follows:

Melanomas at Stage IV are referred to as a metastatic melanoma. At this stage, it can spread to the tissue underneath the skin, lymph nodes, lungs, liver, and to the brain.

It is best to treat melanoma in the early stages. In the latter stages, it can be very difficult. Melanoma treatment typically involves:

Clinical trials may also be available as a treatment option.

Melanoma needs to be caught as early as possible. See your doctor if there are any questions to be sure to catch it on time.