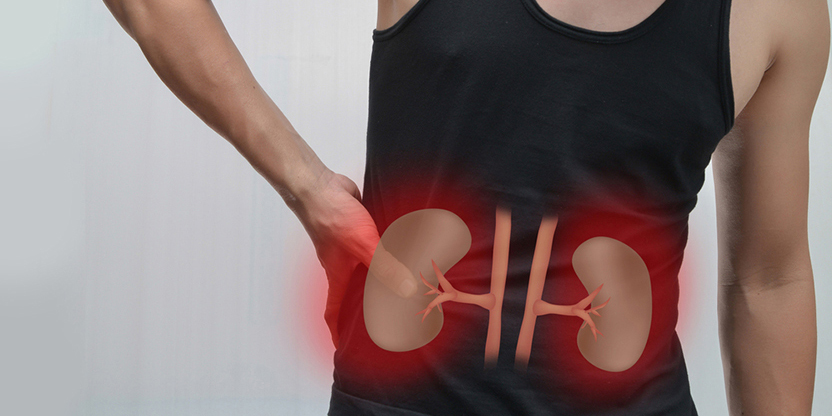 When caught in the early stages, kidney cancer survival rates are approximately 81 percent. Learning the symptoms of kidney cancer and getting seen by a doctor to diagnose it as soon as possible gives patients the best outcome after diagnosis.

Kidney cancer typically begins when the renal cells become malignant and begin to multiply rapidly, forming a tumor. Though doctors aren’t sure of the exact cause of kidney cancer, there are some factors that place patients more at risk. These factors include:

Many people with kidney cancer first become aware that there is a problem due to strong pain in the side, feeling a lump in their side or passing blood in their urine. These three symptoms are the most common found in kidney cancer patients. Other symptoms include:

Because many of the symptoms of kidney cancer could occur due to other conditions or diseases, it’s important to see a doctor as soon as experiencing the symptoms to determine the correct diagnosis.

Doctors place kidney cancer patients in one of four stages, depending on how far the tumor has grown and spread. In Stage I, a tumor that is seven centimeters or smaller is found in one kidney. During Stage II, a tumor is found in only one kidney but has grown larger than seven centimeters. Patients with Stage III kidney cancer have a tumor in the kidney that is next to a lymph node, in the fatty tissue or in the main blood vessel. The location of the tumor increases its likelihood of spreading, giving it a stage that is further advanced. In Stage IV, the tumor has spread beyond the fatty tissue of the kidneys or into the nearby lymph nodes.

Treatment for kidney cancer depends on the stage of the disease and how far it has spread. Kidney cancer surgery is normally the first step in treatment. Part of the kidney or the entire kidney may be removed in order to remove the tumor from the body. Surrounding tissue may also be removed and tested to determine if any cancer cells have spread beyond the initial tumor. Chemotherapy and radiation may then be used to kill any remaining cancer cells.

With new technology and medical advancements, more people than ever go into remission after receiving kidney cancer treatment. Talk with a medical doctor as soon as symptoms are felt in order to discover it in its early stages.